The Bandhavgarh National Park takes its name from the Bandhavgarh Fort which is located on top of the highest (800m) hill in this region. The origins of this fort are lost in the mists of time. However, it is thought to be at least 2000 years old. The fort is surrounded by 32 smaller flat-topped hills forming a maze of well forested valleys, spurs and flatlands.
This area was the private game reserve of the Maharajas of Rewa, in fact Mohan, the ancestor of most captive white tigers, was captured from these forests by the Maharaja of Rewa. After independence, due to relaxed control, the forests of this region started deteriorating rapidly. To stop this process and preserve the forests, an area of 105 sq. km. was declared a National Park in 1965. The area of the park was increased to 448.84 sq. km. in 1982. In 1993 it was included in the Project Tiger Network.

According to the forest classification of Champion & Seth, Bandhavgarh National Park is listed under Northern Indian Moist Deciduous Forests. The vegetation is chiefly of Sal forest in the valleys and on the lower slopes, gradually changing to mixed deciduous forest on the hills and in the hotter drier areas of the park in the south and west. The wide valleys along the streams have long linear grasslands flanked by Sal forests. Rich mixed forests consisting of Sal (Shorea robusta), Saja, Salai, and Dhobin, etc. with dense bamboo thickets, occur in many places. These together provide Bandhavgarh its rich biodiversity.

Bandhavgarh is home to more than 25 species of mammals and more than 250 species of birds along with about 80 types of butterflies and a number of reptiles. Apart from the tiger, the mammals living in the Bandhavgarh include panthers, wolves, hyenas, wild dogs, gaur, cheetal, sambhar, barking deer, sloth bears and many more. Bandhavgarh has always been an excellent tiger habitat and is known for the highest density of tigers in the world. Among wildlife enthusiasts in India it is commonly said “In most parks you have to be lucky to see a tiger, in Bandhavgarh you have to be unlucky to not see a tiger.”

A checklist of birds of the Bandhavgarh National Park

A checklist of animals of the Bandhavgarh National Park 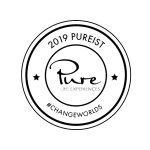